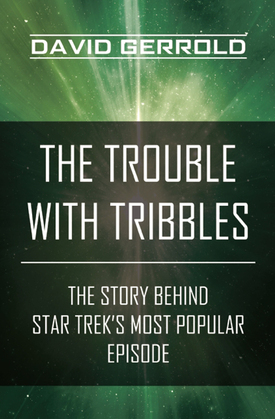 The Trouble with Tribbles

From the award-winning science fiction author who created it, the behind-the-scenes story of one of Star Trek’s most famous episodes.

Aired in 1967 as part of the second season, “The Trouble with Tribbles” was nominated for a Hugo Award for Best Dramatic Presentation—though it lost out to another Star Trek episode, “The City on the Edge of Forever”—and has been a mainstay of best-of and fan-favorite lists ever since.

Here, David Gerrold, the creator of “Tribbles,” recalls how this popular episode of Star Trek was made, from conceptualizing the first draft to the final script to shooting on set—and explains the techniques and disciplines of TV writing.