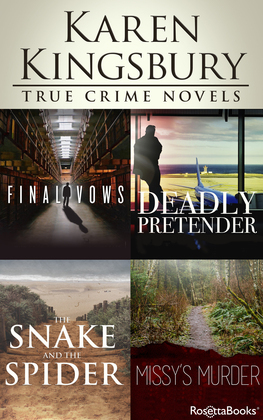 Final Vows: Murder, Madness, and Twisted Justice in California
When Carol Montecalvo began writing to a man in prison named Dan through a program at her church, she considered it her Christian duty. She had no idea it would lead to love and marriage—and her murder . . .

Deadly Pretender:The Double Life of David Miller
When a man’s dream job and beautiful family weren’t enough for him, he pretended to be an attorney, then a CIA agent. And he secretly married another woman. He juggled it all quite well—until the day his two wives found out about each other . . .

The Snake and the Spider:Abduction and Murder in Daytona Beach
A dream Spring Break vacation for two innocent, young men became every parent’s worst nightmare when they met two cold-blooded killers . . .

Missy’s Murder:Passion, Betrayal, and Murder in Southern California
Teenager Missy Avila was lured into the woods, beaten, tortured, and drowned. Missy’s best friend, Karen Severson, publicly vowed to find the killer and even moved in with Missy’s family to help. Three years later, a surprise witness exposed the murderers as Missy’s two best friends—one of whom was Karen . . .