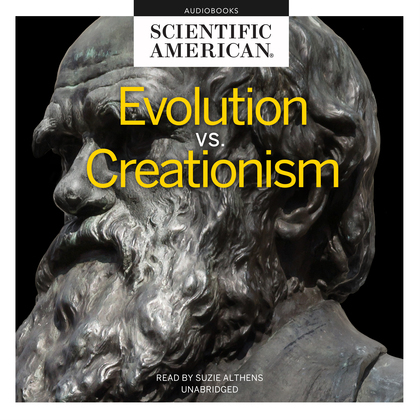 Charles Robert Darwin’s 1859 landmark book On the Origin of Species introduced the theory of biological evolution to the masses and kicked off a controversy of ideas that persists to this day.

Darwin knew he would face religious opposition to a theory of creation that differed from the story in Genesis, but he probably didn’t imagine how long that opposition would last. More than 150 years after Origin, the fight over teaching evolution rages on.

Creationists, or those who hold the belief that the universe and all life was made by divine creator, have tried to use a myriad of tactics either to ban the teaching of evolution entirely or to have creationism and intelligent design taught alongside one another in public schools. In Evolution vs. Creationism, we take a close look at the rise of Darwinism, the arguments and opposition by the creationist movement, whether faith and science can coexist, and what could happen if the US continues on an antiscience trajectory.

With this book, we went from deep in our archives to current events to examine the revolutionary impact of Darwin’s theory and the controversy that continues today.