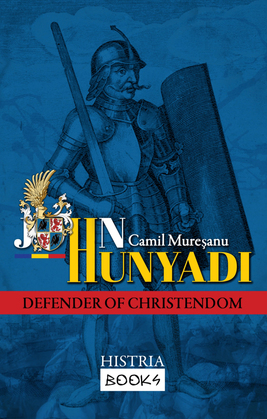 The fifteenth century marked a decisive moment in world history as the expansion of the Ottoman Empire into southeastern Europe posed a grave threat to Christianity, highlighted by the fall of Byzantium to the Turks in 1453, drawing the attention of the Papacy and of all the states of Christian Europe. Amidst this turmoil, John Hunyadi rose to lead the struggle against the Islamic invaders. As voivode of Transylvania, and later royal governor and captain-general of Hungary, he became the principal defender of Christian Europe from 1441 until his death in 1456. He led several crusading efforts to halt the Turkish advance into Europe, including a remarkable victory over the Turks at the battle of Niš in 1443 that secured his fame as a warrior for the Christian cause.

This biography explores the life and times of John Hunyadi. It traces the history of the threat posed by the Ottoman Turks leading up to the great clashes of the fifteenth century and makes critical use of primary sources to tell the story of the man who directed the effort to defend Christian Europe against the Islamic onslaught. As leader of this struggle, John Hunyadi became a hero not only to Romanians and Hungarians, but to all the peoples of the Balkans as well. He led Christian forces in the great battles of the epoch, including Varna in 1444 and Kosovo in 1448. His last great victory occurred when he conducted the successful defense of Belgrade against the Turks in 1456 for which Pope Calixtus III declared him an “Athlete of Christ.”