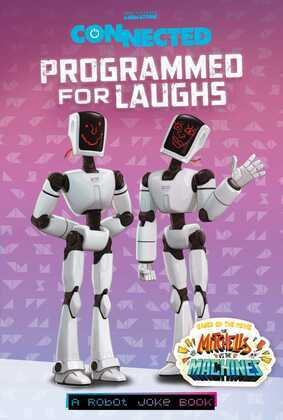 In this joke book companion to the hilarious and offbeat motion picture The Mitchells vs. the Machines from Sony Pictures Animation, robots Eric and Deborahbot 5000 team up to write robot jokes with side-splitting results!

When the delightfully dysfunctional Mitchell family’s road trip is interrupted by a worldwide tech uprising, they join forces with two hilarious malfunctioning robots to save humanity before it’s too late. In this book, robots Eric and Deborahbot 5000 form a team of their own as they crack jokes about the Mitchell family’s accidental heroism and what the robot apocalypse is really like.

This laugh-out-loud joke book will leave readers of all ages snorting, spitting out their drinks, and otherwise malfunctioning!