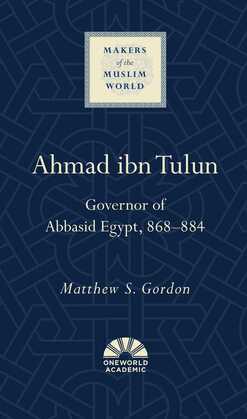 Ahmad ibn Tulun (835–884) governed Egypt on behalf of the Abbasid dynasty for sixteen years. An aggressive and innovative actor, he pursued an ambitious political agenda, including the introduction of dynastic rule over Egypt, that put him at odds with his imperial masters. Throughout, however, he retained close ties to the Abbasid house and at no point did he assert outright independence. In this volume, Matthew Gordon considers Ibn Tulun’s many achievements in office as well as the crises, including the betrayals of his eldest son and close clients, that marred his singular career.