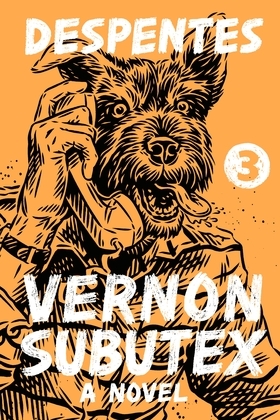 One of Vulture's most anticipated books of 2021

As storm clouds gather, portending a final reckoning, ersatz rave-cult leader Vernon Subutex decides to return to Paris. Even if it means leaving behind his disciples. He has to. He’s got a dentist’s appointment.

Back in the city, he learns that an old friend from his days homeless on the Paris streets has died and left him half of a lottery win. But when Vernon returns to his commune with news of this windfall, it’s not long before his disciples turn on each other. Such good fortune does not accord with the principles Vernon has handed down.

Meanwhile, the monstrous film producer Laurent Dopalet is determined to make Aïcha and Céleste pay for their attack on him, whatever it takes and whoever gets hurt. And, before long, the whole of Paris will be reeling in the wake of the terrorist atrocities of 2015 and 2016, and all the characters in this kaleidoscopic portrait of a city and era will be forced to confront one another one last time. In the wake of all this chaos and hate, the question will rise again: After all he’s been through, who is Vernon Subutex? And the answer: He is the future.

Virginie Despentes’s epochal trilogy ends with Vernon Subutex 3—in fire, blood, and even forgiveness. But not everyone will survive to see the dawning of the golden age of Subutex.