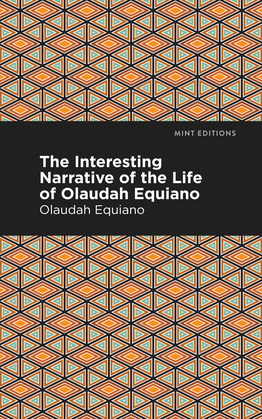 The Interesting Narrative of the Life of Olaudah Equiano

A first-person narrative of Olaudah Equiano’s journey from his native Africa to the New World, that follows his capture, introduction to Christianity and eventual release. His story is an eye-opening depiction of personal resilience in the face of structural oppression.

Olaudah Equiano’s origins are rooted in West Africa’s Eboe district, which is modern-day Nigeria. He details the shocking events that led up to his kidnapping and subsequent trade into slavery. His journey starts at 11 years old, forcing him to come of age in a society that abuses him at every turn. During his plight, he attempts to find new ways to survive, educating himself and eventually formulating a plan to obtain his freedom.

In The Interesting Narrative of the Life of Olaudah Equiano, the author illustrates the harsh realities of slavery. Upon its release, the book was well-received and translated into multiple languages including German and Dutch. It set the precedent for many first-person narratives that would highlight their own unfathomable experiences.

With an eye-catching new cover, and professionally typeset manuscript, this edition of The Interesting Narrative of the Life of Olaudah Equiano is both modern and readable.