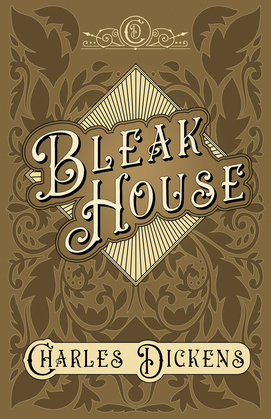 Originally published as a 20-episode serial between March 1852 and September 1853, ?Bleak House? is a novel by English author Charles Dickens. The story centres around Esther Summerson, the novel's heroine and omniscient narrator, and a long-running legal case in the Court of Chancery which arises as a result of conflicting wills. Though brimming with arguably exaggerated satire, ?Bleak House? helped further a judicial reform movement which led to legal reform in the 1870s. A classic example of Dickens's much-celebrated literature not to be missed by fans and collectors of his timeless work. Charles John Huffam Dickens (1812?1870) was an English writer and social critic famous for having created some of the world's most well-known fictional characters. His works became unprecedentedly popular during his life, and today he is commonly regarded as the greatest Victorian-era novelist. Although perhaps better known for such works as ?Oliver Twist? or ?A Christmas Carol?, Dickens first gained success with the 1836 serial publication of ?The Pickwick Papers?, which turned him almost overnight into an international literary celebrity thanks to his humour, satire, and astute observations concerning society and character. This classic work is being republished now in a new edition complete with an introductory chapter from ?Appreciations and Criticisms of the Works of Charles Dickens? by G. K. Chesterton.