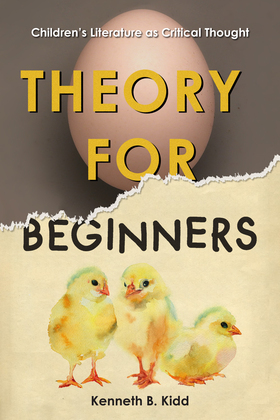 Since its inception in the 1970s, the Philosophy for Children movement (P4C) has affirmed children’s literature as important philosophical work. Theory, meanwhile, has invested in children’s classics, especially Lewis Carroll’s Alice books, and has also developed a literature for beginners that resembles children’s literature in significant ways. Offering a novel take on this phenomenon, Theory for Beginners explores how philosophy and theory draw on children’s literature and have even come to resemble it in their strategies for cultivating the child and/or the beginner. Examining everything from the rise of French Theory in the United States to the crucial pedagogies offered in children’s picture books, from Alison Bechdel’s graphic memoir Are You My Mother? and Lemony Snicket’s A Series of Unfortunate Events to studies of queer childhood, Kenneth B. Kidd deftly reveals the way in which children may learn from philosophy and vice versa.