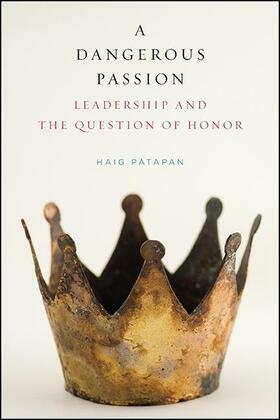 Shows the importance of honor for leaders, both as a source of noble ambition to pursue the public good and as dangerous temptation to seek glory through domination.

A Dangerous Passion argues that leadership and honor are mutually constitutive and that this dynamic relationship fundamentally shapes the character of political practice. Haig Patapan shows how our contemporary blindness to this leadership-honor dynamic and neglect of the significance of honor (and shame) in modern politics have caused us to fundamentally misunderstand the nature of leadership. We have lost sight of how honor shapes the ambitions and aspirations of those who seek political office, and the opportunities and limits it imposes on leaders when engaging with their followers. What has been obscured are the two faces of honor: how it is the dangerous passion that fuels the ambitions of the glory seekers to pursue tyranny and empire, as well as being the source of good leadership that is founded on noble ambition and sacrifice for the common good. Patapan examines classical magnanimity, Machiavellian glory, and Hobbesian-dispersed leadership, views that continue to be debated, and then offers insights from these debates to illuminate a series of contemporary political challenges for leaders, including the politics of fame, identity, and nationalism.

Haig Patapan is Professor in the School of Government and International Relations at Griffith University in Australia. His many books include The Democratic Leader: How Democracy Defines, Empowers, and Limits its Leaders (coauthored with John Kane).