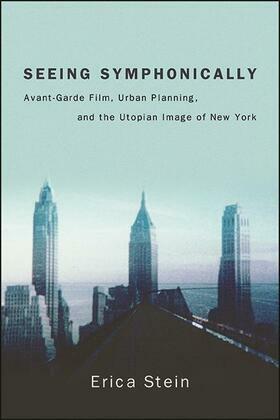 Can the cinema imagine a different way of developing, using, and living in the city? Is it possible to do so using images of the extant city? Seeing Symphonically shows how a group of independent experimental, documentary, and feature films made in and about late modern New York City did just this. Between 1939 and 1964, as the city was being utterly remade by a combination of urban renewal projects, suburbanization, and high-rise public housing, the New York avant-garde reinvented the city symphony, a modernist form that depicted a day in the life of an urban environment through complex montage, optical effects, and street portraiture. Erica Stein documents how these New York City symphonies subverted and critiqued urban redevelopment through their aesthetics, particularly their rhythms, and, through those same rhythms, envisioned a world in which urban inhabitants have the absolute right to remake the city according to their needs, outside the demands of capital.