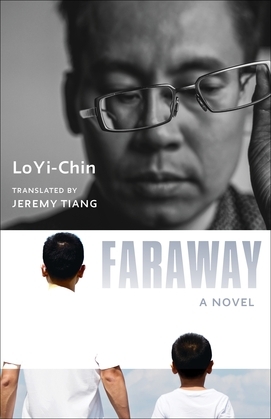 A Novel
by Yi-Chin Lo (Author), Jeremy Tiang (Translator)
Excerpt
Fiction Literary
warning_amber
One or more licenses for this book have been acquired by your organisation details
EPUB
Unlimited loans, One at a time
Details

In Taiwanese writer Lo Yi-Chin’s Faraway, a fictionalized version of the author finds himself stranded in mainland China attempting to bring his comatose father home. Lo’s father had fled decades ago, abandoning his first family to start a new life in Taiwan. After travel between the two countries becomes politically possible, he returns to visit the son he left behind, only to suffer a stroke. The middle-aged protagonist ventures to China, where he embarks on a protracted struggle with the byzantine hospital regulations while dealing with relatives he barely knows. Meanwhile, back in Taiwan, his wife is about to give birth to their second child. Isolated in a foreign country, Lo mulls over his life, dwelling on his difficult relationship with his father and how becoming a father himself has changed him.

Faraway is a powerful meditation on the nature of family and the many ways blood can both unite and divide us. Lo’s depiction of family dynamics and fraught politics contains a keen sense of irony and sensitivity to everyday absurdity. He offers a deft portrayal of the rift between China and Taiwan through an intimate view of a father-son relationship that bridges this divide. One of the most celebrated writers in Taiwan, Lo has been greatly influential throughout the Chinese-speaking world, but his work has not previously been translated into English. Jeremy Tiang’s translation captures Lo’s distinctive voice, mordant wit, and nuanced portrayal of Taiwanese culture.