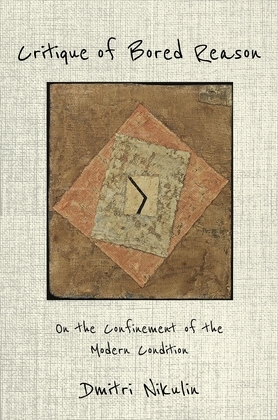 On the Confinement of the Modern Condition
by Dmitri Nikulin (Author)
Excerpt
Nonfiction Human science Philosophy Social Mind & body History & surveys Modern
warning_amber
One or more licenses for this book have been acquired by your organisation details
EPUB
Unlimited loans, One at a time
Details

Most of the core concepts of the Western philosophical tradition originate in antiquity. Yet boredom is strikingly absent from classical thought. In this philosophical study, Dmitri Nikulin explores the concept’s genealogy to argue that boredom is the mark of modernity.

Nikulin contends that boredom is a specifically modern phenomenon. He provides a critical reconstruction of the concept of the modern subject as universal, rational, autonomous, and self-sufficient. Understanding itself in this way, this subject is at once the protagonist, playwright, director, and spectator of the staged drama of human existence. It is therefore inevitably monological, lonely, and alone, and can neither escape its own presence nor get rid of it. In other words, it is bored—and this boredom is the fundamental expression and symptom of the modern condition.

Considering such thinkers as Descartes, Pascal, Kant, Kierkegaard, Kracauer, Heidegger, and Benjamin, Critique of Bored Reason places boredom on center stage in the philosophical critique of modernity. Nikulin also considers the alternative to the notion of the autonomous subject in the—nonbored and nonboring—dialogic and comic subject capable of shared existence with others.