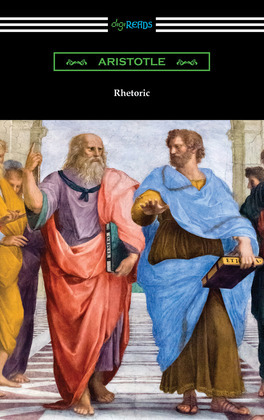 Written sometime in the 4th Century BC, Aristotle?s ?Rhetoric? is the definitive treatise on the art of persuasive public speaking. The art of oratorical persuasion was an essential skill for the successful politician during the days of ancient Greece and Aristotle?s ?Rhetoric? is considered one of the greatest works from antiquity on the subject. Like many of the surviving works attributable to Aristotle, ?Rhetoric? was not intended for public dissemination, but was likely composed from notes taken by Aristotle?s students as they absorbed his lectures. Aristotle provides a detailed analysis of the basic elements of effective speaking in the forum of public debate. Aristotle felt that persuasive discourse was essential for reaching consensus on public issues and, in ?Rhetoric?, makes the important and modern argument that such persuasive speaking in the public forum should be based on logic and knowledge rather than on emotion and manipulation. While written over two thousand years ago, the modern student of political science and law will find much that is useful and applicable to their respective disciplines in this work. This edition includes a biographical afterword.