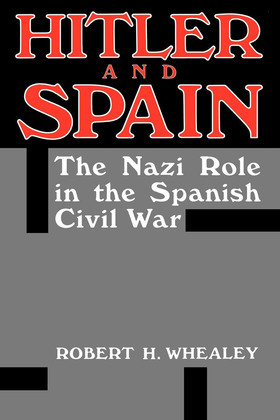 The Spanish Civil War, begun in July 1936, was a preliminary round of World War II. Hitler's and Mussolini's cooperation with General Franco resulted in the Axis agreement of October 1936 and the subsequent Pact of Steel of May 1939, immediately following the end of the Civil War.

This study presents comprehensive documentation of Hitler's use of the upheaval in Spain to strengthen the Third Reich diplomatically, ideologically, economically, and militarily. While the last great cause drew all eyes to Western Europe and divided the British and especially the French internally, Hitler could pursue territorial gains in Eastern Europe.

This book, based on little-known German records and recently opened Spanish archives, fills a major gap in our understanding of one of the 20th century's most significant conflicts. Its comprehensive treatment of German-Spanish relations from 1936 through 1939, bringing together diplomatic, economic, military, and naval aspects, will be of great value to specialists in European diplomacy and the political economy of Nazi imperialism, as well as to all students of the Spanish Civil War.