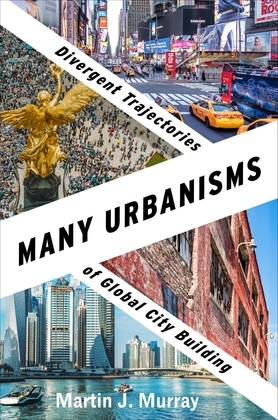 Now, for the first time in history, the majority of the world’s population lives in cities. But urbanization is accelerating in some places and slowing down in others. The sprawling megacities of Asia and Africa, as well as many other smaller and medium-sized cities throughout the “Global South,” are expected to continue growing. At the same time, older industrial cities in wealthier countries are experiencing protracted socioeconomic decline. Nonetheless, mainstream urban studies continues to treat a handful of superstar cities in Europe and North America as the exemplars of world urbanism, even though current global growth and development represent a dramatic break with past patterns.

Martin J. Murray offers a groundbreaking guide to the multiplicity, heterogeneity, and complexity of contemporary global urbanism. He identifies and traces four distinct pathways that characterize cities today: tourist-entertainment cities with world-class aspirations; struggling postindustrial cities; megacities experiencing hypergrowth; and “instant cities,” or master-planned cities built from scratch. Murray shows how these different types of cities respond to different pressures and logics rather than progressing through the stages of a predetermined linear path. He highlights new spatial patterns of urbanization that have undermined conventional understandings of the city, exploring the emergence of polycentric, fragmented, haphazard, and unbounded metropolises. Such cities, he argues, should not be seen as deviations from a norm but rather as alternatives within a constellation of urban possibility. Innovative and wide-ranging, Many Urbanisms offers ways to understand the disparate forms of global cities today on their own terms.