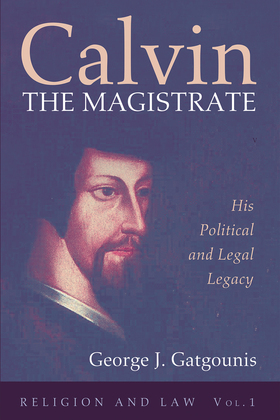 The legal and political scenario of Calvin's day involved upheavals deriving from the force of religion upon law. Whole cities, provinces, and states came under Reformation influence, ranging from quiet individual conversions to Protestantism to the hysteria of community iconoclasm. The transformation of these societies, however, was not moving away from a religious worldview; rather, the transformation was a movement of one religion to another. In Calvin's day, secularism, pluralism, and religious toleration were nonexistent. Europe was not in the thrall of the question "Should religion in public life be tolerated?" but rather "Which religion should be enforced, to the banning of all others?"Calvin was a driven man, but a valid question drove him: "What is the true religion?" And deriving from the central question were corollaries: "What law is right law?" and "What government is right government?" Calvin's trek would lead him to answers.Calvin concluded that, substantively, a correct political and legal system derives from the Bible, and procedurally, the system is applied by democratically elected officials, checking and balancing one another--and his views were consistent with a Reformation consensus.