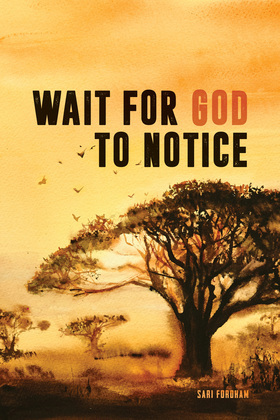 Wait for God to Notice

Wait for God to Notice is a love letter to an adopted country with an unstable past and an undeniable endurance to heal.

In 1975, Uganda?s Finance Minister escaped to England saying, ?To live in Uganda today is hell.? Idi Amin had declared himself president for life, the economy had crashed, and Ugandans were disappearing. One year later, the Fordham family arrived as Seventh-day Adventist missionaries.

Fordham narrates her childhood with lush, observant prose that is also at times quite funny. She describes her family?s insular faith, her mother?s Finnish heritage, the growing conflict between her parents, the dangerous politics of Uganda, and the magic of living in a house in the jungle. Driver ants stream through their bedrooms, mambas drop out of the stove, and monkeys steal their tomatoes.

Wait for God to Notice is a memoir about growing up in Uganda. It is also a memoir about mothers and daughters and about how children both know and don?t know their parents. As teens, Fordham and her sister, Sonja, considered their mother overly cautious. After their mother dies of cancer, the author begins to wonder who her mother really was. As she recalls her childhood in Uganda?the way her mother killed snakes, sweet-talked soldiers, and sold goods on the black market?Fordham understands that the legacy her mother left her daughters is one of courage and capability.

Sari Fordam has lived in Uganda, Kenya, Thailand, South Korea, and Austria. She received an M.F.A. from the University of Minnesota, and now teaches at La Sierra University. She lives in California with her husband and daughter. This is her first book.