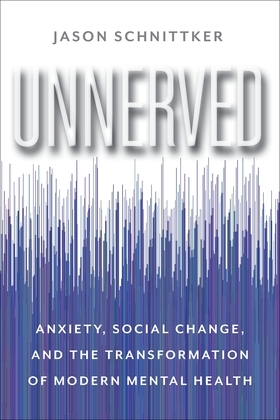 Anxiety is not new. Yet now more than ever, anxiety seems to define our times. Anxiety disorders are the most common psychiatric disorders in the United States, exceeding mood, impulse-control, and substance-use disorders, and they are especially common among younger cohorts. More and more Americans are taking antianxiety medications. According to polling data, anxiety is experienced more frequently than other negative emotions. Why have we become so anxious?

In Unnerved, Jason Schnittker investigates the social, cultural, medical, and scientific underpinnings of the modern state of mind. He explores how anxiety has been understood from the late nineteenth century to the present day and why it has assumed a more central position in how we think about mental health. Contrary to the claims that anxiety reflects large-scale traumas, abrupt social transitions, or technological revolutions, Schnittker argues that the ascent of anxiety has been driven by slow transformations in people, institutions, and social environments. Changes in family formation, religion, inequality, and social relationships have all primed people to be more anxious. At the same time, the scientific and medical understanding of anxiety has evolved, pushing it further to the fore. The rise in anxiety cannot be explained separately from changes in how patients, physicians, and scientists understand the disorder. Ultimately, Schnittker demonstrates that anxiety has carried the imprint of social change more acutely than have other emotions or disorders, including depression. When societies change, anxiety follows.