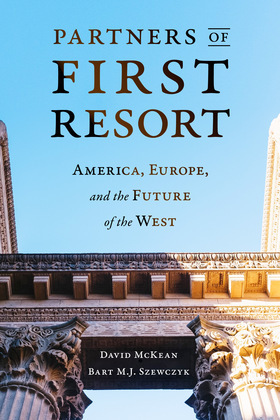 Fostering a transatlantic renaissance to salvage the Western alliance

Is the Western alliance, which brought together the United States and Europe after World War II, in an inevitable state of decline, and if so, can anything be done to repair it? There seems little doubt that fragmentation of the Western alliance was under way even before Donald Trump’s unorthodox policymaking broadened the schism. Opinions differ as to the next step, however, with some taking the current divisions as a given and advocating the creation of a new group of like-minded democracies that would exclude the United States,while others seek to exploit the rift in hopes of furthering their own nationalistic ambitions for a postliberal world.

The authors outline a “transatlantic renaissance,” in which U.S. and European leaders would work together to craft a new Atlantic Charter that would restore the liberal objectives that animated the Western alliance for more than seven decades. Modernizing institutional relationships across the Atlantic should help both the United States and Europe address common challenges jointly and improve burdensharing. The world needs a vibrant and energetic West to protect fundamental values from illiberal forces, both internal and external.