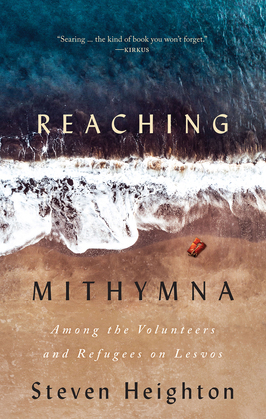 Among the Volunteers and Refugees on Lesvos
by Steven Heighton (Author)
Excerpt
Nonfiction Biography & autobiography Personal memoirs Social science Disasters & disaster relief
warning_amber
One or more licenses for this book have been acquired by your organisation details
EPUB
Unlimited loans, One at a time
Details

In the fall of 2015, Steven Heighton made an overnight decision to travel to the frontlines of the Syrian refugee crisis in Greece and enlist as a volunteer. He arrived on the isle of Lesvos with a duffel bag and a dubious grasp of Greek, his mother's native tongue, and worked on the landing beaches and in OXY-—a jerrybuilt, ad hoc transit camp providing simple meals, dry clothes, and a brief rest to refugees after their crossing from Turkey. In a town deserted by the tourists that had been its lifeblood, Heighton-—alongside the exhausted locals and under-equipped international aid workers—-found himself thrown into emergency roles for which he was woefully unqualified.

From the brief reprieves of volunteer-refugee soccer matches to the riots of Camp Moria, Reaching Mithymna is a firsthand account of the crisis and an engaged exploration of the borders that divide us and the ties that bind.