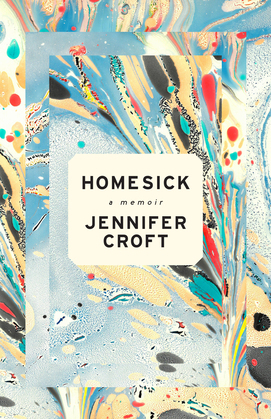 Winner of the 2020 William Saroyan International Prize for Writing

"It’s a complex portrait of a young Oklahoma woman’s development of a rich and exacting interior life. It’s also a visual love letter to family, language and self-understanding... Every page of this stunning and surprising book turns words around and around." —The New York Times

"Croft's photos, mixed in with her text, create continuity between memoirist and protagonist, despite their differing names... They make Homesick into a translator's Bildungsroman, one in which art is first a beacon, then a home." —NPR

The coming of age story of an award-winning translator, Homesick is about learning to love language in its many forms, healing through words and the promises and perils of empathy and sisterhood. Sisters Amy and Zoe grow up in Oklahoma where they are homeschooled for an unexpected reason: Zoe suffers from debilitating and mysterious seizures, spending her childhood in hospitals as she undergoes surgeries.

Meanwhile, Amy flourishes intellectually, showing an innate ability to glean a world beyond the troubles in her home life, exploring that world through languages first. Amy’s first love appears in the form of her Russian tutor Sasha, but when she enters university at the age of 15 her life changes drastically and with tragic results.