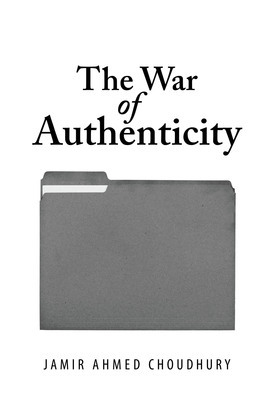 The War of Authenticity

Publication of the The War of Authenticity along with Significant Crucial Instances is an experimentum crucis (crucial experiment) before responsible chairs, legitimate authorities, religious scholars, scientists, philosophers, astronomers, astrophysicists, so-called mystics, sufis, intelligent bureaus, crime detectives, diplomats, lawyers, judges, writers, publishers, journalists, media persons, political leaders, so-called imams, social reformers, and mankind in general with a view to manifest the existential imports of the searched out equal and opposite findings of an illiterate Indian Banii-Israa-iil (an ordinary Indian Muslim) in each and every aspect of human persons living in societies as well as three core normative teachings of Bhagvat Gita, namely, (1) do what is right, (2) choose what is good, and (3) sticking to what is truth.

Failure or success to recognize and confirm the searched out equal and opposite findings of an ordinary Hindustani will provide significant crucial instances on the basis of which we can distinguish possessors of balanced good sense (innate idea of Rene Descartes) from cursed human persons of Peter Singer (tabula rasa of John Locke) removing all doubts.