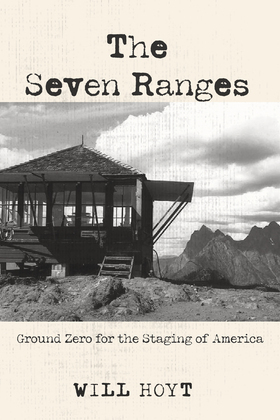 When Surveyor-General Thomas Hutchins drove a stake into the ground to mark a "point of beginning" for the 1785 establishment of Seven Ranges of townships on the west bank of the Ohio River, he had to have sensed that he was initiating something larger than a survey. After all, he was working for the newly formed United States, and the purpose of his work was to impose a grid of ideal squares on hill country to make it ready for sale--something that had never been done before. But Hutchins couldn't by any stretch of the imagination have known that the public survey system he was testing would soon extend all the way to the Pacific or that the land on which he worked would soon become the staging ground for other, similarly revolutionary innovations like strip mining, Pentecostalism, the gaming industry, and tools for emancipating multi-national corporations. In this book, Will Hoyt details the arrival and eventual impact of these eastern Ohio products, and by framing the story of their development within the story of his own decision to move from California to eastern Ohio, he secures a glimpse of our country's DNA. Readers will close this book with a firm grasp of three things: the grandeur of the American project, the extent to which that project is now at risk, and what we all must do to ensure its survival.