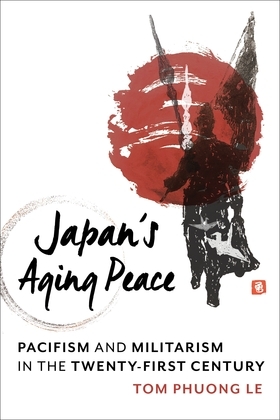 Since the end of World War II, Japan has not sought to remilitarize, and its postwar constitution commits to renouncing aggressive warfare. Yet many inside and outside Japan have asked whether the country should or will return to commanding armed forces amid an increasingly challenging regional and global context and as domestic politics have shifted in favor of demonstrations of national strength.

Tom Phuong Le offers a novel explanation of Japan’s reluctance to remilitarize that foregrounds the relationship between demographics and security. Japan’s Aging Peace demonstrates how changing perceptions of security across generations have culminated in a culture of antimilitarism that constrains the government’s efforts to pursue a more martial foreign policy. Le challenges a simple opposition between militarism and pacifism, arguing that Japanese security discourse should be understood in terms of “multiple militarisms,” which can legitimate choices such as the mobilization of the Japan Self-Defense Forces for peacekeeping operations and humanitarian relief missions. Le highlights how factors that are not typically linked to security policy, such as aging and declining populations and gender inequality, have played crucial roles. He contends that the case of Japan challenges the presumption in international relations scholarship that states must pursue the use of force or be punished, showing how widespread normative beliefs have restrained Japanese policy makers. Drawing on interviews with policy makers, military personnel, atomic bomb survivors, museum coordinators, grassroots activists, and other stakeholders, as well as analysis of peace museums and social movements, Japan’s Aging Peace provides new insights for scholars of Asian politics, international relations, and Japanese foreign policy.