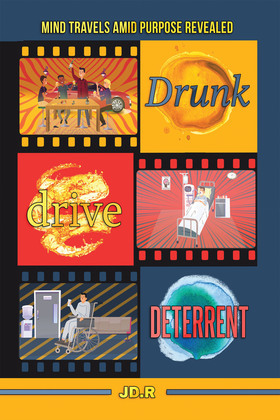 Started life in a fairy tale childhood, lived with Mum and Sis, moved from another country before I was one year old. When I was seven little did I know but my life was about to alter forever when a man moved in. This man I say determined my life the most until I was adult, he too changed the upbringing attitude of Mum who was trying her utmost to raise two children in the best possible atmosphere, so not only him but Mum have had gigantic influence on my character. We moved home lots while I lived in the family home. Lost friendships ruled my mind, this fact, health and lack of proper education led to life feeling like it was falling apart. I turned carefree and rebellious, till nearly 22 when I had another life determining event, as a regular drink-driver I had an always on the cards, devastating car crash. I went into a-coma, one point from brain death. Mum, I really believe now I have learnt the powers of belief and creation, had early on, the biggest effect on my recovery. She from day one, even when I was unconscious never questioned my return to health. With all the odds against me, my determination that I was not going to live life like this, with Mum by my side for the early days. She still even today is amazing as the best support in the industry! Except she does not get paid. I moved out the family home at about 24, this was delayed for the obvious reason plus I did not grow up and move away from my troubles. In horrendous disabled reality, miraculously I found love. After a what I considered an end to life, I was so happy we laughed so much. We never broke up, I went away for rehabilitation, never saw her again. Think about her lots, I am crying right now! A year into my rehabilitation after being totally born again, to better feeling than ever, I had my mind taken. My, amazing, visual, articulate, quick, humorous mind. I was born again to feel like a king, I attempted suicide three times the following week. I missed my mind, had been the best company my whole life. I was admitted to various psychiatric units for years, all this was reasoned as a mental health problem by everyone. So, life was amazing, then at seven this takes a dip, never raises to contented levels, at nineteen takes another dip for health and social reasons. Then at twenty-one nearly ends. Twenty-three I am the happiest I have ever been in love. At twenty-six I am reborn to one hundred times this happiness! The week after I attempt suicide, doing some very serious things. Twenty-seven I begin public speaking about my life lessons involving disability and drink-driving. Very successful but my blank mind was still receiving messages, started following my thoughts. End back in hospital. Released. Used. Taken advantage of. Continue what I started years ago, writing and making a blog and designing posters. Start my research, have to find answers. The ups and downs and the research continued until forty-one when I finally publish this book. Herein contains a wealth of personal and learned experience. You want to learn the one thing in the title of this book, you?re in the right place, or you want to learn a wealth of little known secrets, you are also in the right place. You shall not think the same about anything once you complete this book. All the best JDRdrivethriveyouarealive@protonmail.com