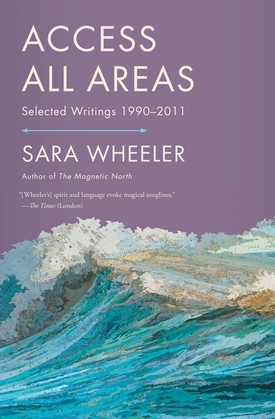 In vivid, urgent books such as Terra Incognita and The Magnetic North, Sara Wheeler reckoned with the allure and brutality of life on the fringes, exploring distant lands with an extraordinary sensitivity to history, to place, and to the people who inhabit them.
Access All Areas collects the best essays and journalism by a writer who has used extreme travel as a means to explore an inner landscape. Ranging from Albania to the Arctic, Wheeler attends a religion seminar aboard the Queen Elizabeth 2 and defrosts her underwear inside an igloo. She treks to distant Tierra del Fuego?"a place where nothing ever happened"?and to the swamps of Malawi, a place so hot that toads explode. She crosses dubious borders with nothing but a kidney donor card for ID and learns to wing walk and belly dance, though not at the same time.
Charming, scathing, restless, and eternally amused, the writer we meet in Access All Areas has spent a lifetime investigating roots and rootlessness. Seeking only to satisfy her own curiosity, Wheeler shows us the world.