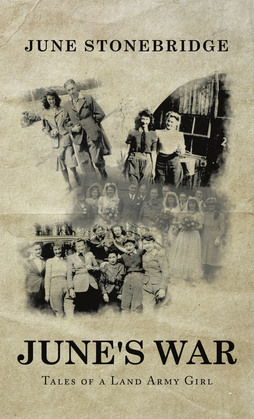 June Stonebridge belonged to the Women?s Institute in the village of Helpringham in Lincolnshire, England, during the 1960s, and it was here that she was asked to lead one evening?s entertainment with a talk about her experiences in the Women?s Land Army during World War 2: apparently you could hear the laughter outside in the street and the meeting ended much later than was usual!She subsequently gave several similar talks in the area around, and one such was at the general meeting of the local British Legion. This gave June the idea of writing a book of her wartime exploits and eventually of getting it printed. Sadly, she never achieved this before she died ? but with her family?s help her dream has now been realised!