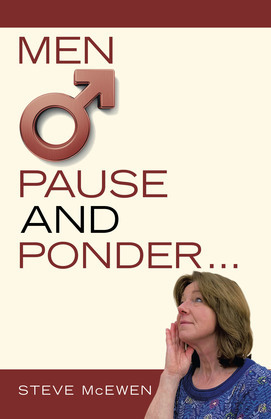 This book is not a scientific or a medically researched piece of work, deliberately not so! It tells the stories of four modern day men in a humorous, fictional context, to promote discussion and to raise awareness and acceptance of the Male Menopause condition. The behaviour of the Male members of the human species is based on three founding instincts, all beginning with the letter ?P?. They are Provision, Protection and Procreation. Going back to the origins of the human species, our male forefathers were active hunters and latterly farmers, ensuring food was provided for their families. They also developed weapons and built homes to protect their families and were driven by sexual urges to procreate with their female counterparts.So how do these founding instincts translate into the behaviours of modern man? The stories in this book are based on the lives of four fictional males - John, Tony, Paul and Steve. They follow the development and experiences of these males from children to young men, through to adulthood and into old age. These stories suggest that adult male behaviour is determined at an early stage in child development, that these formative years are all important in helping us understand why certain issues are important to us in our adult lives. This is particularly relevant in boys, to understand and debate their intriguing journey through into manhood and then those twilight years.