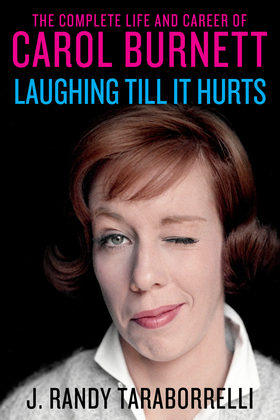 Laughing Till It Hurts

Carol Burnett is one of the few American comediennes to establish herself as an icon. Laughing Till It Hurts is the ultimate Carol Burnett biography. For eleven years The Carol Burnett Show proved a showcase for Burnett?s comic genius.Though extensive interviews with Carol?s friends, family, and co-workers, Taraborrelli traces her career from her formative years through her first marriage to fellow actor Don Saroyan, and her breakthrough role starring as the princess in George Abbott?s Once Upon a Mattress.Laughing Till It Hurts explores the darker side of the fame and pressures that it placed on Carol. As a result of her outspoken battles with the media and her personal ordeal with her daughters drug problems, Carol Burnett has metamorphized into a new woman?someone who not only knows how to be funny but is also uncompromisingly herself.