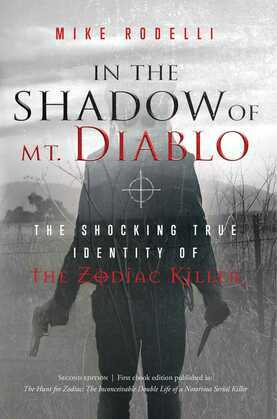 In the Shadow of Mt. Diablo

"It is no exaggeration to call the identity of the Zodiac Killer the most maddening unsolved crime in American history...But it is also no exaggeration to say that Mike Rodelli's case stands above them all" - Tom Zoellner, Author and Former Reporter for the San Francisco Chronicle

In June 1999, Mike Rodelli had an idea that had never occurred to a generation of detectives in the San Francisco Bay Area. This led him to a new suspect in the Zodiac case and began a twenty-year odyssey to prove that this man was the Zodiac Killer. In the Shadow of Mt. Diablo: The Shocking True Identity of the Zodiac Killer is filled with original research based on Rodelli's twenty years of work on such topics as the highly questionable 2002 DNA that was developed by the San Francisco Police Department and a new behavioral profile of the killer by one of the pioneers in the field of forensic psychology. Rodelli provides the reader with an objectively researched, fully documented book that is meticulously footnoted, and which shows that, against all odds, he has solved a case many said would never yield its dark secrets.