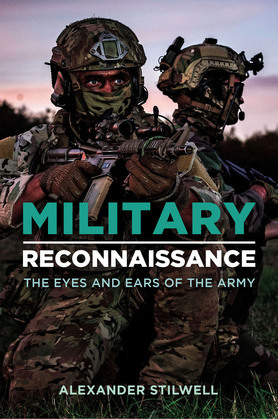 Since the earliest recorded military history, scouting and reconnaissance have been key tools employed by military commanders to obtain a picture of the tactical situation and make informed decisions. Scouts known as sciritae were deployed by the Spartans and had a privileged position in their order of battle. The Spartans were so aware of the advantage their scouting operations gave them that they went to great lengths to keep them secret. As military tactics, weapons and equipment developed over the centuries, methods of scouting and reconnaissance evolved and adapted but always remained true to the spirit of the scout – light on their feet, taking only what they need and returning with the information that could turn potential defeat into victory.

Military Reconnaissance provides a concise but revealing picture of the art of military scouting and reconnaissance from the highly toned Spartan warriors, the scouts employed by Julius Caesar, through the middle ages to the Napoleonic Wars to the role of the scout in modern warfare.