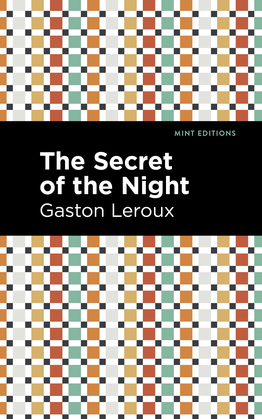 The Secret of the Night

The Secret of the Night (1913) is a novel by French writer Gaston Leroux. The Secret of the Night marked the third appearance of popular character Joseph Rouletabille, a reporter and part-time sleuth who features in several of Leroux’s novels. Originally a journalist, Leroux turned to fiction after reading the works of Arthur Conan Doyle and Edgar Allan Poe. Often considered one of the best mystery writers of all time, Leroux’s novel has been adapted countless times for film and television. Joseph Rouletabille is more than meets the eye. A reporter by profession, he spends his free time working as an amateur detective, using his journalistic talents to compile facts and track down leads. In The Mystery of the Yellow Room, he saved the life of Mathilde Stangerson, the daughter of a prominent professor, from the clutches of Ballmeyer, a violent criminal mastermind gifted in the art of disguise. In The Perfume of the Lady in Black, Rouletabille is shaken by the return of an enemy he had believed was dead. The Secret of the Night finds Leroux’s hero in Russia on assignment for a French newspaper. While there, he is summoned to the palace of Tsar Nicholas II, who wishes to employ him in his capacity as a detective in order to foil a plot against his generals. The Secret of the Night is a story of revolution, murder, and suspense from one of history’s finest detective novelists. Joseph Rouletabille is without a doubt France’s answer to Sherlock Holmes. With a beautifully designed cover and professionally typeset manuscript, this edition of Gaston Leroux’s The Secret of the Night is a classic of French literature reimagined for modern readers.