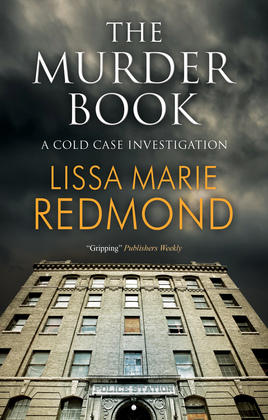 In this exciting and atmospheric second entry of this Cold Case Investigation mystery series Detective Lauren Riley is determined to bring the attacker that left her for dead to justice . . . even if it is a fellow police officer.

Cold Case Detectives Lauren Riley and her partner Shane Reese are helping the Homicide Squad after a murder earlier in the day left the department short-staffed. As their shift ends, Reese leaves Lauren alone only for her to be savagely beaten and stabbed from behind minutes later.

Lauren didn’t see her attacker, but knows it was a fellow police officer from the city-issued boots she glimpsed as she passed out. Stolen during the attack is the Murder Book, which contains evidence on all active cold cases. Without the book, old homicides became almost impossible to track down.

Who in police headquarters would try to kill a fellow officer? Why’d they suddenly want the Murder Book? Although hurt and on enforced leave, nothing will stop Lauren from seeking answers . . . but who on the force can she trust and how safe is she within her own home?