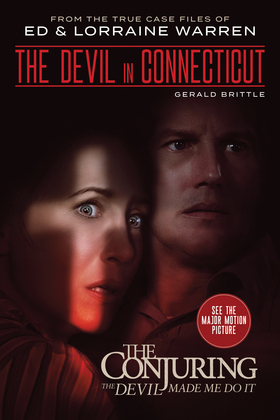 The Devil in Connecticut

From the terrifying case file that inspired the film The Conjuring: The Devil Made Me Do It.From this New York Times bestselling author comes a shocking case of demonic possession, exorcism, and murder starring the legendary demonologists Ed and Lorraine Warren, who battled the Amityville Horror and whose real-life case files inspired The Conjuring Universe, which includes The Conjuring, Annabelle, and The Nun films.It was one of the most sensational murder trials of the 1980s. When Arne Cheyenne Johnson stabbed an acquaintance to death with a five-inch folding knife, Johnson presented one of the most shocking legal defenses in history: not guilty by virtue of demonic possession. As the press put it, “the Devil made me do it.”Johnson’s shocking story began months earlier, when his girlfriend’s eleven-year-old brother, David, encountered a spectral figure looming at the foot of the bed and then started showing telltale signs of demonic possession. David suddenly spoke in Latin, levitated, and suffered beatings at the hands of an invisible demon. After a team of Catholic priests failed to drive the demon out, the case was taken up by Ed and Lorraine Warren. The Warrens had fought demons across the globe, but the Connecticut Devil would be one of their greatest challenges, and perhaps their most deadly.Now includes an 8-page photo insert documenting the possession with images from the Glatzel family and the Ed and Lorraine Warren collection.