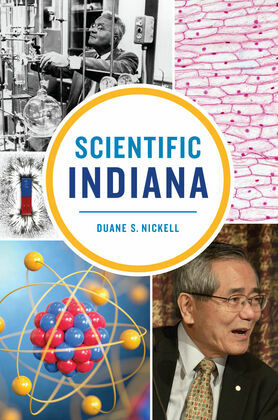 Scientists who lived, worked or were educated in the Hoosier State have made fundamental contributions to astronomy, biology, chemistry and physics. Astronomer Vesto Slipher discovered that almost all other galaxies were moving away from our own Milky Way Galaxy. Biologist Alfred Kinsey was a pioneer in the field of human sexuality. Chemist Harold Urey discovered deuterium and worked on the Manhattan Project. And physicist Edward Purcell discovered nuclear magnetic resonance, the basis for MRI, one of the most significant medical advances in a century. Scientists with Indiana connections have also been awarded a dozen Nobel Prizes. Hoosier science teacher Duane S. Nickell offers a glimpse into the lives of seventeen scientific heroes from Indiana.