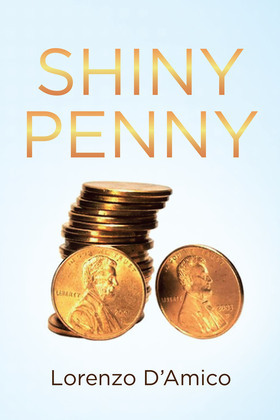 Lorenzo Dela Cruz arrives at his new duty station, VT-12 in Rota, Spain. He is a fresh and crisp shiny penny with all the enthusiasm to perform his duty as an Intelligence Specialist. He finds quickly that he has stepped into an environment toxic to the core. In spite what he and others endure they manage to provide the aircrews the necessary intel to complete their missions. Petty Officer Second-class Dela Cruz avoids the minefields laid before him. He uses his confidence and prior knowledge of the theater of operations to be the shiny penny he knows he is. But it is an incident in his life that changes him at the core.

His story is not uncommon within the ranks of our military. Every day, Men and Women become exploited at the hands of other service members usually in their same command. His, is a sexual assault at the hands of his supervisor that leaves him broken, confused and helpless. His perpetrator, stole what he was unwilling to give. Unable to function as a shiny penny, now tarnished and tossed aside he spirals out of control.

This is the story of how Lorenzo examines the details of this incident and how it affected every area of his life, long after he leaves the military. It is only after he joins a veteran’s treatment program designed especially for men and women who are exploited and victimized, find hope and life. He is one, who has been able to move on and recover from the trauma he experienced. In telling his story he believes that he is again a shiny penny able to help others.