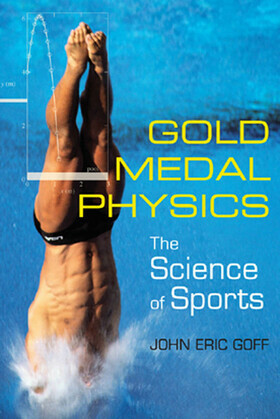 A physicist explains the science behind some of the greatest feats in sports history—from diving like Greg Louganis to bending it like Beckham.

Nothing is quite as thrilling as watching superior athletes do the seemingly impossible. From Doug Flutie's "Hail Mary" pass to Lance Armstrong's record-breaking climb of Alp d'Huez to David Beckham's astounding ability to bend a soccer kick, we marvel and wonder, "How did they do that?" Well, physics professor John Eric Goff has the answers.

In this scientific tour of the wide world of sports, John Eric Goff discusses the science behind American football, soccer, cycling, skating, diving, long jumping, and a host of other competitive sports. Using elite athletes as starting points, Goff explains the basic physical properties involved in amazing and everyday athletic endeavors. Accompanied by illustrations and mathematical equations, each chapter builds on knowledge imparted in earlier chapters to provide a firm understanding of the concepts involved.

Fun, witty, and imbued throughout with admiration for the simple beauty of physics, Gold Medal Physics is sure to inspire readers to think differently about the next sporting event they watch.