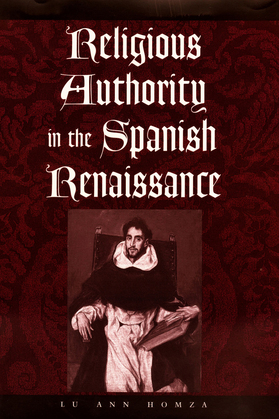 Religious Authority in the Spanish Renaissance

by Lu Ann Homza (Author)
Excerpt
Nonfiction History Renaissance History by country Europe Spain  Religion Christianity
warning_amber
One or more licenses for this book have been acquired by your organisation details
EPUB
Unlimited loans, One at a time
Details

This in-depth study of religious tensions in early modern Spain offers a new and enlightening perspective on the era of the Inquisition.

Traditionally, the Spanish Renaissance of the 15th and 16th centuries has been framed as an epic battle of opposites. The followers of Erasmus were in constant discord with conservative Catholics while the humanists were diametrically opposed to the scholastics. Historian Lu Ann Homza rejects this simplistic view. In Religious Authority in the Spanish Renaissance, she presents a subtler paradigm, recovering the profound nuances in Spanish intellectual and religious history.

Through analyses of Inquisition trials, biblical translations, treatises on witchcraft and tracts on the episcopate and penance, Homza illuminates the intellectual autonomy and energy of Spain's ecclesiastics.