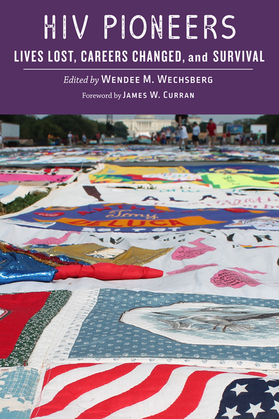 Tremendous strides have been made in the prevention and treatment of HIV since the disease first appeared in the 1980s. But because many of those who studied and battled the virus in its early days are now gone, firsthand accounts are at risk of being lost. In HIV Pioneers, Wendee M. Wechsberg collects 29 “first stories” from the outset of the AIDS epidemic. These personal narratives and historical essays not only shed light on the experiences of global health pioneers, prominent scientists, and HIV survivors, but also preserve valuable lessons for managing the risk and impact of future epidemics.

With unprecedented access to many key actors in the fight against AIDS and HIV, Wechsberg brings to life the harrowing reality in the beginning of the epidemic. The book captures the experiences of those still working diligently and innovatively in the field, elevating the voices of doctors, scientists, and government bureaucrats alongside those of survivors and their loved ones. Focusing on the impact that the epidemic had on careers, pieces also show how governments responded to HIV, how research agendas were developed, and how AIDS service agencies and case management evolved.

Illuminating the multiple facets of the HIV epidemic, both in the United States and across the globe, HIV Pioneers is a touching and inspirational look into the ongoing fight against HIV.