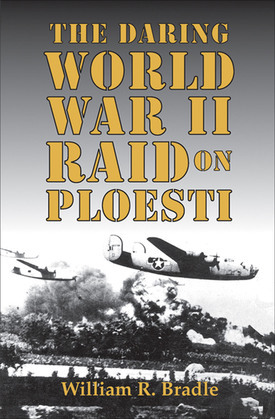 In 1943, the Allied powers were grasping for anything to undercut Hitler’s power and relieve his relentless pressure on the Red Army, which had already suffered a staggering 11 million casualties. The U.S. Army Air Force planned Operation Tidal Wave, which would take off from Benghazi, Libya, fly low and maintain complete radio silence to escape Axis observation, and bomb Hitler’s vital oil fields in Ploesti, Romania. On August 1, 177 B-24 bombers prepared to take off. Fourteen hours later, only 88 B-24s returned.

Operation Tidal Wave was a massive strategic defeat. However, it proved the mettle of the USAAF and provided a rallying point for the public. Author William R. Bradle offers the definitive account of this doomed operation—the strengths, weaknesses, heroism, and failings—and takes readers into the thick of the action with thrilling accounts from many of the crews.

Praise for The Daring World War II Raid on Ploesti

“This account of the Ploesti mission…does an admirable job of laying out the planning, personalities, and attendant conflicts among many participants, the mistakes made and losses inflicted by the Germans and Romanians…. An eminently readable story that further emphasizes and demonstrates the mettle of the Greatest Generation.”—New York Journal of Books