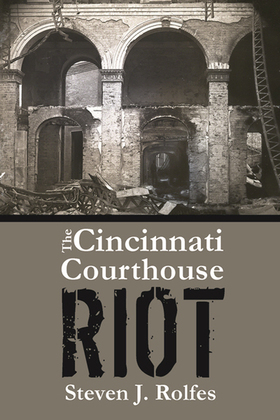 The true story of three days of violent unrest that exploded in nineteenth-century Ohio—one of the most destructive riots in American history.

In 1884, Cincinnati was wracked by three days of violence. Nurtured by natural disasters, overtly corrupt governments, and politicians jockeying for power—and sparked by murder and a massive miscarriage of justice—the 10,000-person strong riot left more than fifty dead, hundreds injured, and the courthouse burned to the ground. The Cincinnati Courthouse Riot brought an end to one regime and ushered in the rise of the notorious political boss George Cox, who ruled the city in a virtual dictatorship for the next thirty years.

Thorough and insightful, The Cincinnati Courthouse Riot paints a vivid picture of a growing city during the Gilded Age. It examines the 1855 Know Nothing Riot in the city and its impact, the staggering effects of the Great Ohio River Flood, the frenzy surrounding two gruesome killings, and the impact of political machination on the citizens of Cincinnati. The three nights of rioting are discussed in detail, including the role of the militia and their use of the Gatling gun on the rioters. With a deft hand, Steven J. Rolfes weaves together the economic and political forces that erupted in mass violence and changed the face of a city.