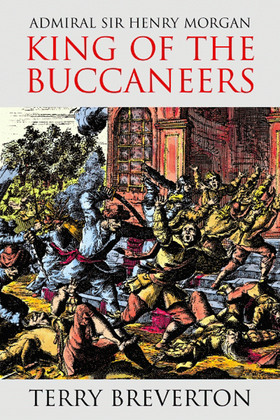 Discover the truth about the 17th-century Welsh naval officer who became a hero for the British Empire—and not a bloodthirsty pirate.

This is the swashbuckling biography of the naval officer known as the Sword of England, the Welshman Henry Morgan. Over the years, Morgan came to be portrayed as a black-hearted, fierce pirate. This error in terms and in the assessment of Morgan’s character led to the filing of the first libel lawsuit, brought in protest to a book published in 1684 claiming he had been an indentured servant, was a pirate, and was responsible for atrocities. In fact, Morgan was commissioned to aid the British navy in fighting enemies of the crown and was a superb military tactician who led a dozen victorious campaigns against massive odds.

In 1655, Spain was the greatest naval and military power on earth, and controlled the sea lanes of Central America and the Caribbean. Henry Morgan’s career as a buccaneer officially began when, at age twenty, he landed in Barbados as part of a force deployed to capture Cuba or Hispaniola (Puerto Rico) for the British. The deployment failed, but the forces did capture Jamaica, which would become Morgan’s adopted home base for the rest of his life. From there, Morgan planned the attacks that would enrich the British throne and usher in the era of British supremacy on the high seas.

For his leadership in battle and as lieutenant governor of Jamaica, Admiral Sir Henry Morgan deserves to take his place alongside Sir Francis Drake and the Duke of Wellington in the panoply of history’s greatest heroes.