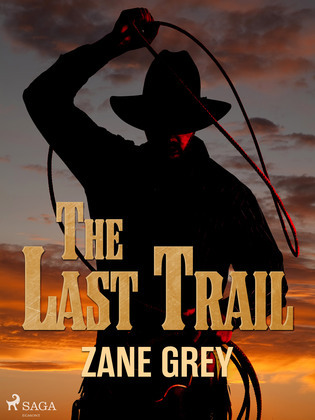 The US frontier was a lawless place. Self-appointed ‘border-men’ helped keep the peace. Battle-scarred and solitary, they tended to shoot first and ask questions later. One such man is Lewis Wetzel. He’s resigned himself to his grim lifestyle until the beautiful Helen catches his eye. For the first time, Lewis imagines himself settling down. But then Helen is kidnapped by a band of Native American warriors. So Lewis saddles up and heads out on a rescue mission, knowing the chances he’ll make it back alive are slim at best. The final book in "Ohio River Trilogy", "The Last Trail" is set in the final years of the 18th century. An exciting Western adventure with dashes of romance, it never shies away from the harsh realities of pioneer life. Zane Grey (1872–1939) helped shaped the mythos of the Old West. Born in Zanesville, Ohio (a town founded by his grandfather), Grey’s first career was as a dentist. But he gave it up to pursue writing, going on to produce nearly 100 books. These wildly popular adventures defined many of the Western’s most enduring tropes and characters, from noble lawmen to mysterious gunslingers, and made Grey a household name. His stories include "Riders of the Purple Sage", "The Rainbow Trail" and "The Lone Star Ranger". Hollywood produced dozens of Zane Grey adaptations, mostly during the 1930s and 40s, starring Western icons like Gary Cooper and Randolph Scott.