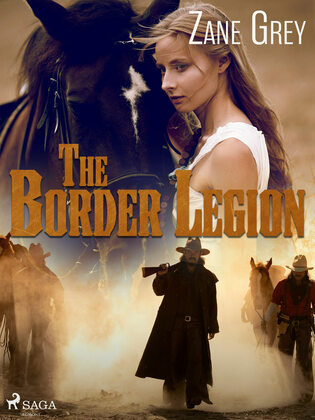 Joan Randle is riding the Idaho trail when she’s taken hostage by a bandit gang. Their leader is the ruthless Jack Kells. And Joan’s situation is about to go from bad to worse. For one thing, Jack Kells fall for her. And secondly, the promise of gold is turning the gang’s camp into a ticking time bomb of tensions and resentment. Can Joan escape before it’s too late? "The Border Legion" is a winning Gold Rush adventure, set across Idaho’s majestic mountain ranges and its precarious border towns. There’s shootouts and romance a-plenty. And, more unusually for the Western genre, the story is told entirely from a woman's perspective.Zane Grey (1872–1939) helped shaped the mythos of the Old West. Born in Zanesville, Ohio (a town founded by his grandfather), Grey’s first career was as a dentist. But he gave it up to pursue writing, going on to produce nearly 100 books. These wildly popular adventures defined many of the Western’s most enduring tropes and characters, from noble lawmen to mysterious gunslingers, and made Grey a household name. His stories include "Riders of the Purple Sage", "The Rainbow Trail" and "The Lone Star Ranger". Hollywood produced dozens of Zane Grey adaptations, mostly during the 1930s and 40s, starring Western icons like Gary Cooper and Randolph Scott.