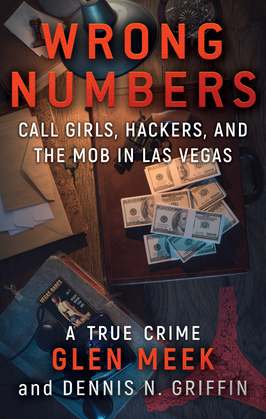 Was a hacker diverting phone calls meant for Las Vegas escort services? The FBI wanted to know, and so did associates of a New York Mafia family.

In one of the most unusual undercover operations ever, the FBI had an agent acting as a manager in a real Las Vegas escort service.

Federal agents expected to find prostitution and drugs in the Las Vegas escort industry. What their investigation uncovered was even more serious . . .

“An intriguing and well-researched crime story detailing the intersection of big money and quick sex in the city that contains a lot of both.” —Jack Sheehan, author of Skin City

“Wiseguys and wannabes are on the hunt for a shadowy hacker who may hold the keys to control of Las Vegas’ multi-million dollar call girl racket, while FBI agents are hunting them. The result is a gripping true-life crime story that reads like a collaboration between Elmore Leonard and William Gibson told with the knowing savvy of two longtime chroniclers of Sin City’s hidden underbelly.” —Kevin Poulsen, author of Kingpin: How One Hacker Took Over the Billion-Dollar Cybercrime Underground

“In ’90s Vegas, call girls worked for “entertainment” services that were little more than phone numbers, dispatchers, and drop safes. When a mystery hacker started diverting customers’ calls to one service’s number, it launched a series of dangerous events that involved the Mob, feds, hackers, service owners, and the phone system itself. This slice of Sin City history is as little-known as it is thrilling, and it’s well-told by investigative journalist Glen Meek and crime writer Dennis Griffin.” —Deke Castleman, author of Whale Hunt in the Desert: Secrets of a Vegas Superhost