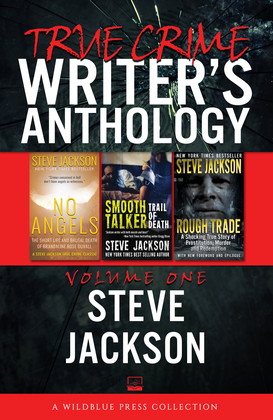 From the acclaimed journalist and author, three chilling tales of depravity, death, and detective work including:

Late one night in 1997, fourteen-year-old Brandy DuVall waited at a bus stop in the Denver area when, for reasons that are still a mystery, she got into a car with several young men. The consequence was an unimaginable nightmare of torture, rape, and murder at the hands of a vicious Denver street gang. The crime, investigation, and subsequent court cases—including four murder trials and two death penalty hearings—tore apart families, and affected all who were caught up in the brutal crime and its aftermath.

Anita Andrews was found in her own bar, stabbed to death in a bloody frenzy. She'd last been seen alive talking to a customer, a drifter playing cards and flirting with her. A month later, Michele Wallace was driving near Crested Butte, Colorado, when she gave two stranded motorists a ride. She was never seen alive again. Fourteen years later, Charlotte Sauerwin, engaged to be married, met a smooth-talking man at a Laundromat in Livingston Parish, Louisiana. The next evening, her body was found in the woods. The three murders would remain unsolved until a rookie Gunnison County sheriff’s investigator named Kathy Young began investigating . . .

On a morning in May 1997, a couple on their way to work spotted a man dragging a woman’s body up a trail. The subsequent investigation into the death of young streetwalker Anita Paley would lead from that idyllic spot to the seamy underbelly of Denver and a world of prostitution, drug dealers, and violent criminals. This is the story of two people from that world whose paths crossed first on the streets and then at a murder trial: Robert Riggan, a violent sexual predator, and Joanne Cordova, a former cop-turned-prostitute, who risked her life to testify.