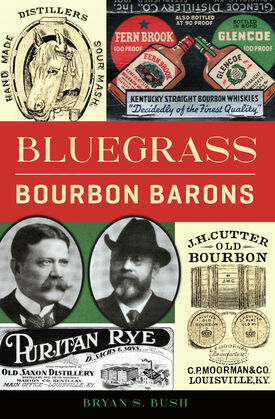 Kentucky is the home of bourbon, and there are a proud few who helped usher the industry into prominence. Learn about men like bourbon baron Isaac Bernheim, who founded the Bernheim Forest and Research Center, or John Douglas, who built a racetrack for the trotter racing industry and was known as the "Prince of Sports." George Garvin Brown and his business partner, George Forman, formed the Brown-Forman Company, which today is one of the largest American-owned companies in the spirits and wine business. With such enormous wealth came the temptation for fraud, which led to several bourbon leaders becoming involved in some of Kentucky's famous scandals. Author and Kentucky historian Bryan S. Bush details the intoxicating history of bourbon's biggest historical names.