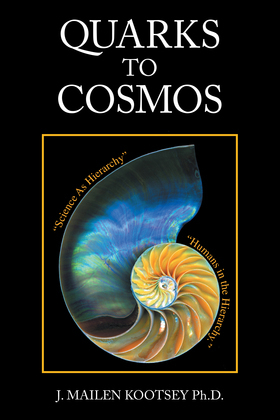 Science in the West was born in the 16th century, and like all living things, science did not appear fully developed but has continued to grow and mature to the present day. This book targets a general audience, developing two themes: the unity of science and critical changes in methods that kept science advancing during the last century. Author Kootsey begins by constructing a novel and comprehensive organization of all scientific fields entitled “The Catalog of the Universe.”. This new structure contains a biological “tree of life,” adding all other known sciences. Nuclear physics and chemistry are at the bottom, materials science and geology parallel biology, cooperating groups of living forms are next, with the earth and the cosmos at the top. The “cooperating groups” level includes ecologies with communicating diverse forms of life and human group activities such as families, education, societies, businesses, governments, the arts, religion, etc. Every physical object in the universe appears in this Catalog and past and future things. (Hint: The structure of the universe at any time would be an entirely different kind of diagram!) The author then shows that the Catalog is a hierarchy of complexity and what that means for origins, research, and human creativity. There is one principle that accounts for the structure of the entire Catalog. Can you recognize it? Religion and the “sciences” appear in the same hierarchy so that we can be specific about their relationship. Based on the Catalog, author Kootsey explains why the change from solo researchers to multidisciplinary teams and the appearance of computers were so crucial to scientific advancement. In the final chapters, Kootsey reminds the reader that science is a human social activity with human flourishing as its goal.